Relations in the MENA region: Saudi Arabia and Qatar 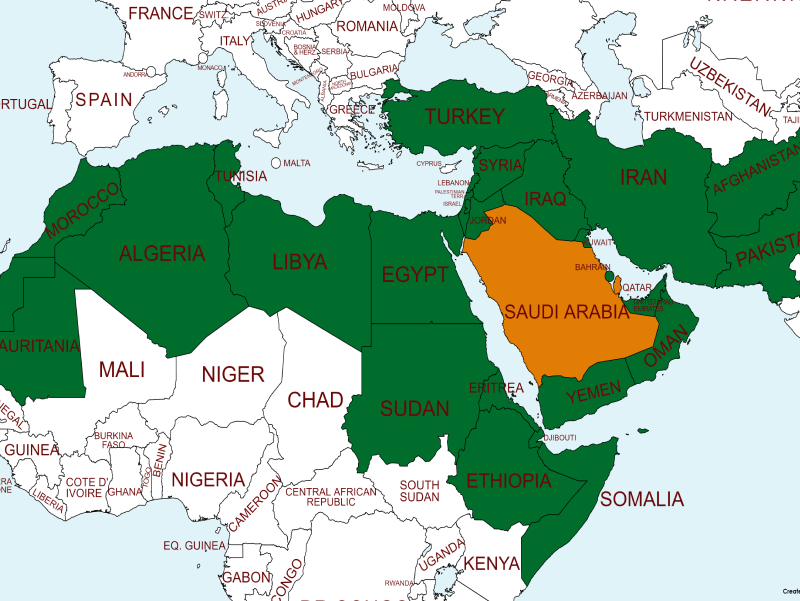 On September 3rd, 2021 the State of Qatar marked the fiftieth anniversary of its independence from the United Kingdom of Great Britain and Northern Ireland. It can be said that the neighboring Kingdom of Saudi Arabia and the state of Qatar always had very intensive relations, considering that a dispute over their shared border went on for a full three decades. Although this problem was finally resolved in 2001, tensions between the two Gulf neighbors did not disappear, as a new cause for disputes emerged in the mid-1990s, i.e. the media conglomerate Al Jazeera Media Network.

Today, half a century after the Qatari independence, relations between Doha and Riyadh seem to be impaired because of the following three factors: Al Jazeera, Qatar's relationship with certain Islamist organizations, and Qatar's relationship with Iran. However, earlier this year the situation partially normalized since Saudi Arabia lifted the sanctions imposed on its neighbor three and a half years ago. Nonetheless, given there are still active disagreements between them, the question arises as to how long the re-established good neighborly relations will last.

The Al Jazeera Media Network was founded in 1996 in Doha. Today, Al Jazeera is considered by many to be the Arab CNN. Although its comparison with the mentioned American network is, to some extent, exaggerated, it is an indisputable fact that Al Jazeera is the largest television network in the Middle East. From today's perspective, it is obvious that Saudi Arabia indirectly sponsored the establishment of Al Jazeera in an attempt to censor information transmitted by the BBC until then.

Al Jazeera drew attention to itself as early as 2001, as it was the only Arab network reporting on the war in Afghanistan, and later on the war in Iraq. Very soon after its founding, it became a thorn in the side of Saudi Arabia which no longer had any influence on aired news. The bad blood between Al Jazeera/Qatari government and Saudi Arabia deteriorated dramatically during and after the Arab Spring. At the time, Al Jazeera extensively reported on the situations from all countries in which coups or changes of government took place while standing on the side of those who rebelled against or overthrew the regimes. The support Qatar provided for the anti-regime forces in the Middle East was one of the reasons for the conflict between Riyadh and Doha in 2014, as well as the Qatar diplomatic crisis (2017-2021).

In addition to other demands, Saudi Arabia, Egypt, Bahrain, and the United Arab Emirates requested that Qatar shuts down Al Jazeera in 2017. The main justification for this request was the fact that Al Jazeera allegedly supported terrorism. Considering that the ruling dynasty in Qatar is also the main financier of Al Jazeera, the accusation was unequivocally directed at the Emir of Qatar, Tamim bin Hamad al-Thani. However, Qatar did not fulfill this demand, nor did any out of the 12 additional requests. This resulted in economic and diplomatic sanctions that lasted from June 2017 until the beginning of 2021.

However, a much bigger problem that Qatar faced was the issue of its support of certain terrorist organizations. Saudi Arabia led a coalition of countries that accused this small Gulf country of financing Islamist groups like the al-Nusra Front in Syria and the Muslim Brotherhood in Egypt.

Qatar was one of the largest donors to the Egyptian Freedom and Justice Party (FJP), a political body founded by the Muslim Brotherhood after the 2011 revolution. The party's candidate Mohammed Morsi won the 2012 presidential election and given that Qatar provided financial support and media coverage to the rebels in Egypt, it’s no surprise the Saudi royal family wanted to prevent the same or similar scenario from happening on its territory. That is exactly why the Saudis started a campaign against Qatar for supporting terrorism and insurgents. They aimed to turn as many countries as possible against Qatar and later imposed a blockade on the mentioned country.

On the other hand, the Emir of Qatar Tamim bin Hamad al-Thani strongly denied any connections with terrorist groups in Syria and Iraq and insisted that Qatar participated in numerous anti-terrorist operations in the region with the United States. However, the Emir pointed out that different countries can have contrasting views on which organizations they consider to be terrorist groups. This begs the question: do Saudi Arabia and Qatar, just like Pakistan, differentiate between "good" terrorists and "bad" ones? Or do they simply nurture those organizations that harm other countries in the region to secure the best possible position for themselves? Nevertheless, it seems that the above-mentioned accusations against Qatar for financing terrorism are only there to give as much legitimacy as possible to what Riyadh resents Doha the most.

The problem of Qatar cooperating with Iran

Saudi Arabia and Qatar have the biggest conflict due to the ever closer cooperation between Doha and Tehran. In fact, Qatar seems to be a territory of proxy diplomacy between two regional powers – Sunni Wahhabi Saudi Arabia and Shiite Iran. Qatar, a Sunni Wahhabi country as well, is geographically located between these two regional rivals. Qatar shares its only land border with Saudi Arabia, while Iran is right across on the other side of the Persian Gulf. Also, the largest natural gas field is positioned  right between Qatar and Iran, which enabled Qatar to become the richest country in the world per capita. Of course, the Qatari-Iranian cooperation on the exploitation of wealth from the bottom of the Gulf has brought Doha and Tehran closer in numerous other spheres as well. Because of all this, Saudi Arabia does not look favorably on its neighbor's closeness to the largest Shiite state in the Muslim world. On the other hand, Qatar itself is a predominantly Sunni state, so approaching a rival Shiite branch of Islam has naturally provoked opposition from other Sunni states.

However, when Qatar found itself under an economic embargo in 2017 and faced the closure of both land and sea borders, as well as the airspace of surrounding countries, it turned to the Shiite state located across. The Islamic Republic of Iran immediately made its airspace, ports, and all the necessary infrastructure available for Qatar, so it could keep functioning smoothly. On the other hand, Al Jazeera stopped reporting on Iranian interference in Iraq and Syria and began openly criticizing Saudi Arabia and other Sunni countries for intermeddling in Yemeni internal affairs.

The future of Saudi-Qatar relations

Despite everything, before this year's summit of the Gulf Cooperation Council (GCC), Saudi Arabia decided to lift the sanctions against Qatar, and other countries of the anti-Qatar coalition quickly followed suit. The official explanation for lifting the embargo is that Arab countries must overcome differences and unite before the rest of the world. However, at the same summit, the Qatari Minister of Foreign Affairs demanded that the issue of normalizing ties with Iran, the arch-enemy of Saudi Arabia, needed to be addressed. Although it is unlikely that relations between Riyadh and Tehran will warm up soon, even Saudi Arabia's Foreign Minister Faisal bin Farhan al-Saud remarked that a Saudi-Iranian agreement could be reached if Iran renounces nuclear weapons.

Since the sanctions were lifted even though Qatar did not fulfill any of the previously set conditions, we can rightly say that the blockade ended without any success. The current situation indicates that Saudi Arabia is failing to impose itself as a leader in the region to the extent it would like, while Qatar has made it clear there is an alternative to Saudi Arabia and that religious differences can be put aside when it comes to common interests. However, the further development of Saudi-Qatari relations will undoubtedly depend on the ties of these countries with Iran. Qatar is not expected to consider any of Saudi Arabia's previous demands shortly, and those issues will remain open. Therefore, it is completely realistic to expect a new wave of tensions occurring with the next crisis in the Middle East. 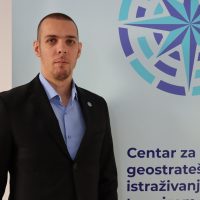